Pleading For World Justice And Peace To Southern Cameroons 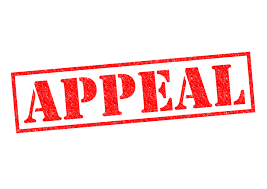 Pleading For World Justice And Peace To Southern Cameroons

The Southern Cameroons National Council (SCNC) in re-affirming its motto, the force of argument and not the argument of force condemns energetically the diabolical genocide of unarmed civilians and the burning down of numerous houses in the British Trusteeship Territory of the Southern Cameroons by the occupational forces of la Republique du Cameroun.

On these lines, we exhort the United Nations and all Christian Nations of the world to react spontaneously each in his capacity to rescue the territory from further genocide and the burning down of houses and to enable the Southern Cameroons have its inalienable right of self governing duly enshrined both in the United Nations and the African Union Charters.

We plead that UNPO should give a lending hand in this matter.

And finally, we plead that the United Nations of the world should urgently send peace keeping troops into the territory and help us form an interim Government that will run the affairs of the country for some time before handing it to the people of Southern Cameroons.