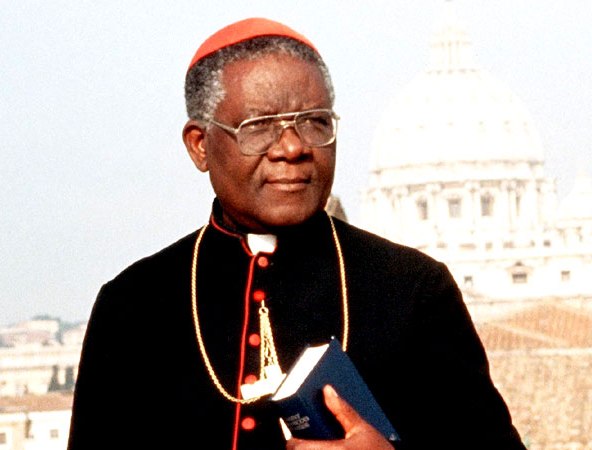 The National Chairman of The Southern Cameroons National Council ( SCNC)

I have the greatest honor and deep respect to address this open correspondence to you.

Before you go through it, I beseech you to bless me from a distance whether or not you will cherish and implement what I am asking for on the behalf of Southern Cameroonians.

I am writing to you in the following capacities.

Your Eminence, on my honor as a boy scout, I was present at the AAC 1 Conference that held in Buea at Mount Mary’s Maternity because all other doors were shut. We started the conference at 8 AM and until night no break and no one thought of food. The meeting ended at 10 PM with the signing of the memorandum that was sent to President Paul Biya of La République du Cameroun and until now, no response.

Thereafter, AAC 2 was held in Bamenda and another memorandum sent to President Paul Biya and no response till date.

After the AAC2 it was resolved that no more Anglophone conference to be organized.

The SCNC was therefore given the mandate to Work towards the restoration of the Sovereignty and the independence of Southern Cameroons and the SCNC has worked very hard up to this moment and it is still working.

Your Eminence, Southern Cameroonians no longer want to fall again in Biya ‘s snare. Your Eminence, “what is crooked can never be made straight.” Ecc 1 verse 15.

What is bitter can never be sweet and what is evil Can never be good.

Southern Cameroonians for 58 years have been living in hell fire and they want to go out of it by God ‘s grace.

Your Eminence, you should not be wooed by who ever to call AAC3., for it would be highly influenced by the devil we abhor and want to avoid at all cost.

The blood shed on our land through the unjust and inglorious war declared upon us by President Paul Biya pains us. The two cultures inherited from two different colonial masters run on parallel lines. Angels of God cannot go into alliance with angels of the devil nor sit on a common table to dine.

Your Eminence, if you were to ask my opinion about calling AAC3, I will frankly say forget about it because we had long crossed the Rubicon and no turning back.

The Regime in power had long shitted out the unity and Federation and no dog ever revisits its vomit. God is God of justice and God of the oppressed No form of federation will help us. It would rather land us in hell fire for good. We have to be very cautious of our being, identity and integrity.

Your Eminence, calling AAC 3 you know what the devil can do. Can you imagine that when the Blessed Virgin Mary was in labor pains to give birth to Jesus, the devil was there ready to eat him but for the timely intervention of God. Rev. 13 vs 1-6

The Mother was given wings of an eagle and she took flight into the wilderness. There still, the devil carried water in his mouth to cause a flood so that she is swept by the flood. But the earth opened its mouth and swallowed the water and our Lady was saved. REV. 13 vs 14-17.

Seeing what is happening in the world and the silent nature of the UN, I was forced to address the Catholic World in a very serious article “The Catholic World. “copies of which I sent to the Arch Bishop of Bamenda and the Bishop of Mamfe for action. I wanted to send you a copy but did not know your address .However, if you open the SCNC website which is.www.thebritishsoutherncameroons.org

You May kindly help the troubled world and especially Southern Cameroons with prayers to regain her sovereignty.

Under this regime Southern Cameroonians have received the worst treatment ever received by human beings on the planet earth. Your Eminence the Regime is lawless and has no respect for human dignity and the bible says we should not be friends to those Who do evil .Southern Cameroonians are law abiding and have due respect for human dignity because human beings are crested in the image of God. Your Eminence, if a man does not want to enter hell fire, he must not leave loop holes for the devil to catch him. That is what Southern Cameroonians are out for we run spiritually and judicially on parallel lines and these by nature never ever meet. May the Supreme God bless your Eminence and bequeath you with wisdom and long life. Sign