A WAR OF GENOCIDE 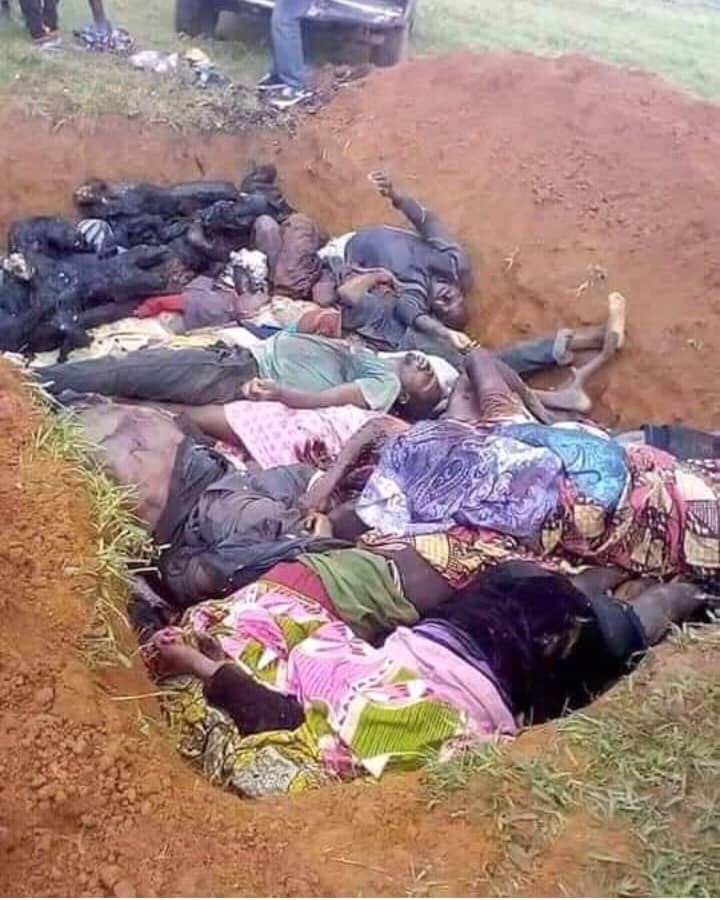 A WAR OF GENOCIDE

A WAR OF GENOCIDE; THE ENEMY OF GOD, CREATION AND HUMANITY

A war of genocide is deadly; denounced by International laws for the protection of humanity.

If a country is rich like Cameroon, rich because God has endowed the country with natural resources, then if there are also God fearing people in Parliament, then good laws must be enacted to make sure that the wealth of the Nation is evenly shared in the regions that make up that country in order to bring justice and peace amongst its people.

A war of genocide is not necessarily one that people carry ammunitions to the battle field, nor of bombing with jet fighters. There is what we call a Cold War of Genocide initiated usually by those in power, and those who enact bad laws to govern the people.

When those people in power facilitate embezzlement of any sort, when the laws so made do not reflect on the aspirations of the people, when people violate the dictums of the very Constitution which they have belaboured themselves to draw, when those supposed to draw good laws act as observers and hand clappers, when those supposed to direct the course of justice go off a tangent, then, this is indeed a war of genocide declared on the people of a country by the very people who are supposed to rule.

It is a war of genocide because National income is being manipulated by a few hands, while the masses are plagued by abject poverty. Poverty imposed on a people leads them to stress, frustration and death. No one gives a damn to anyone dying because of poverty. To some of those at the peak of power, they say it is survival for the fittest. No one ever reflects on the continuity of humanity, through the administration of justice and fair treatment.

When so many hospitals are built Nationwide, the hospitals do not solve the problems of people dying from frustration, high blood, stress, and poverty.

Once people live well, then the hospitals have a meaning because they will only treat illnesses which are not imposed on the people by poverty, malnutrition, stress and frustration.

The best hospitals in a nation are the even distribution of the national cake, justice, the creation of industries, good governance, good salaries to workers and peace. Where there is gross violation of people’s rights, there can be no peace. Where people are living in abject poverty and misery there is no peace but rather a full scale war of genocide because people are dying in countless numbers.

Good governance, respect of human rights, justice and even distribution of the National Cake brought about by God fearing people in a God fearing nation will bring health, peace and development.

I will call on International Organisations and N.G.Os to consider the state of extreme poverty on a nation forced by the embezzlement of public funds abroad by some individuals as a war of genocide declared on a people.

In rural areas, people live on chaff, soup without oil, and without crayfish in it. The meals are hardly ever palatable, yet they force them down the throat just to live on. What a hell! Such people will even prefer war to suffering. War takes them at once, than suffering from morning to sunset without taking a good meal.

If the Nation were in order, then any average Cameroonian living in a ramshackle house should at least have a good meal on daily basis not to talk of the three good meals which are the rights of every human being.

The prices of everything in the market are spiraling. There is no money for the people to purchase just the basic foodstuff and basic needs. The unemployed are crying, the civil servants are crying, those in the rural areas are crying; and death tool is claiming on daily basis a substantial part of the population. There is no striking balance or replacement of those dying in birth rate, the future therefore is uncertain of the nation and the continuation of humanity in Cameroon.

Uncertainty of the future

Even though Cameroon is a developing nation, young girls cause abortion on daily basis. People now limit the number of children to a bare minimum. Despite that, poverty will not enable them bring up those ones that they have.

Naturally, every generation should ensure that the next generation thrives, and the coming generation can only exist if the former thrived well. If the people of this generation are dying like rats in “la piste”, then it is dubious as to whether or not a generation will come after this generation.

This article is therefore intended to create awareness of this gradual extinction of the next generation through the deadly weapons of poverty imposed upon a people by bad governance and the embezzlement of our money to foreign banks.

I would like to call on my audience, the NGOs, the National Assembly, the International Community, the United Nations to put an embargo on individuals from developing countries banking abroad. This is the only way out, to stopping the war of genocide which is being waged on the masses of developing countries by totalitarian governments.

This should be a rational act taken by rational people, who have faith in the supreme; God, a people who presently claim to be managing world peace and world affairs to ensure the smooth continuity of humanity and a better world.

The past generations had left a better world to us, and we are duty bound and conscience bound in them, but if the devil has bought their consciences, then I am merely beating dead horses.

In the absence of this, I call on the United Nations to meet its obligation to humanity by ensuring World Peace and the continuation of humanity by forcing dictators in all developing countries to stop the war of genocide currently being waged on God’s people.

Money should not even be spent on the building of hospitals and the cure of AIDS because without poverty, there will be no illnesses and no AIDS, and no prostitution.

We are currently living in a world of moral decadence which is causing many people to die of misery, illnesses and starvation.

Rather, money should be spent on alleviating poverty from the masses, implanting good governance, peace and justice. If this is done then the society would be free from misery and inadvertent death.