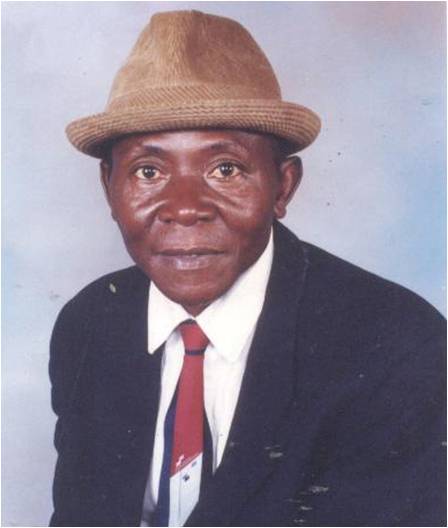 Your Graces Arch-Bishops and Bishops

Of the British Southern Cameroons,

Fellow Southern Cameroonians at home and in the diaspora,

Despite all the odds and woes surrounding us, we all have to thank in the most grandiose way the Almighty God for letting us see the limelight or the dawn of this New Year.

Our God, the giver of life and Nations of the world, ignited a new spirit in the youths to come out massively and courageously to re-vindicate the restoration of our independence and sovereignty, not from la Republique du Cameroun, but from the United Nations that had erroneously more than half a century ago given us a fake independence. By this, I mean an independence without meaning, an independence that la Republique du Cameroun illegally using the agent of her Government and troops seized the jewelry of it and subjected our territory and people to unpardonable annexation and exploitation of our natural resources and installing fear in our hearts.

This new spirit of Nationalism newly enkindled into us, has gone like whirl wind among us and in the diaspora.

Fellow Southern Cameroonians, we must not relent our efforts in prayers and massive demonstrations till the Almighty God will answer us through the mighty UN and the God fearing Nations of the world that voted in the most serene manner our independence on the 19th of April 1961.

France and la Republique du Cameroun never voted for our independence, and today, these two countries “like our God” are manipulating our fate and destroying us and our nation with impunity.

Fortunately for us, the great nations of the world, such as the United States of America, Great Britain, and the Federal Republic of Nigeria were among the 50 member countries of the United Nations that had voted for our independence; and we are cock sure that these countries would not allow la Republique du Cameroun to continuously send troops to shoot us down, rape our University girls and exploit in the most greedy manner, day and night, including Sundays our natural resources.

The Southern Cameroons National Council holds dearly its motto “the force of argument and not the argument of force” as practiced by the Government of President Paul Biya of la Republique du Cameroun to use brute force on us.

For over 50 years, we have lived in hell fire, and today we say vehemently with one voice that enough is enough. They had their independence in 1960, and we had ours in 1961. There is no binding link between them and us. Independence does not mean dependence and it doesn’t mean dominion either.

The Southern Cameroons National Council, urgently appeals to the United Nations of the world to in order to avoid further blood bath in Southern Cameroons, to implement its decolonization programme on its former U.N. Trusteeship territory that was given half baked independence that gave the opportunity to the government of la Republique du Cameroun to recolonise us.

The Southern Cameroons National Council congratulates Honourable Wirba for his bitter, shocking but truthful pronouncements. We did not join you with war, and we will not leave you in war”.

The Southern Cameroons is a holy Nation, a peaceful Nation, indeed the Israel of Africa. Genesis chapter 9 verse 5 says, “if anyone takes human life; he will be punished. I will punish with death any animal that takes human life. Man was like God, so whoever murders a man will himself be killed by his fellow men”.

God our father in heaven has dispelled for ever fear from our hearts. With God on our side, we are the conquerors.

May God bless us and our beloved Nation, the Southern Cameroons.

Done in Buea, the Headquarters of Southern Cameroons